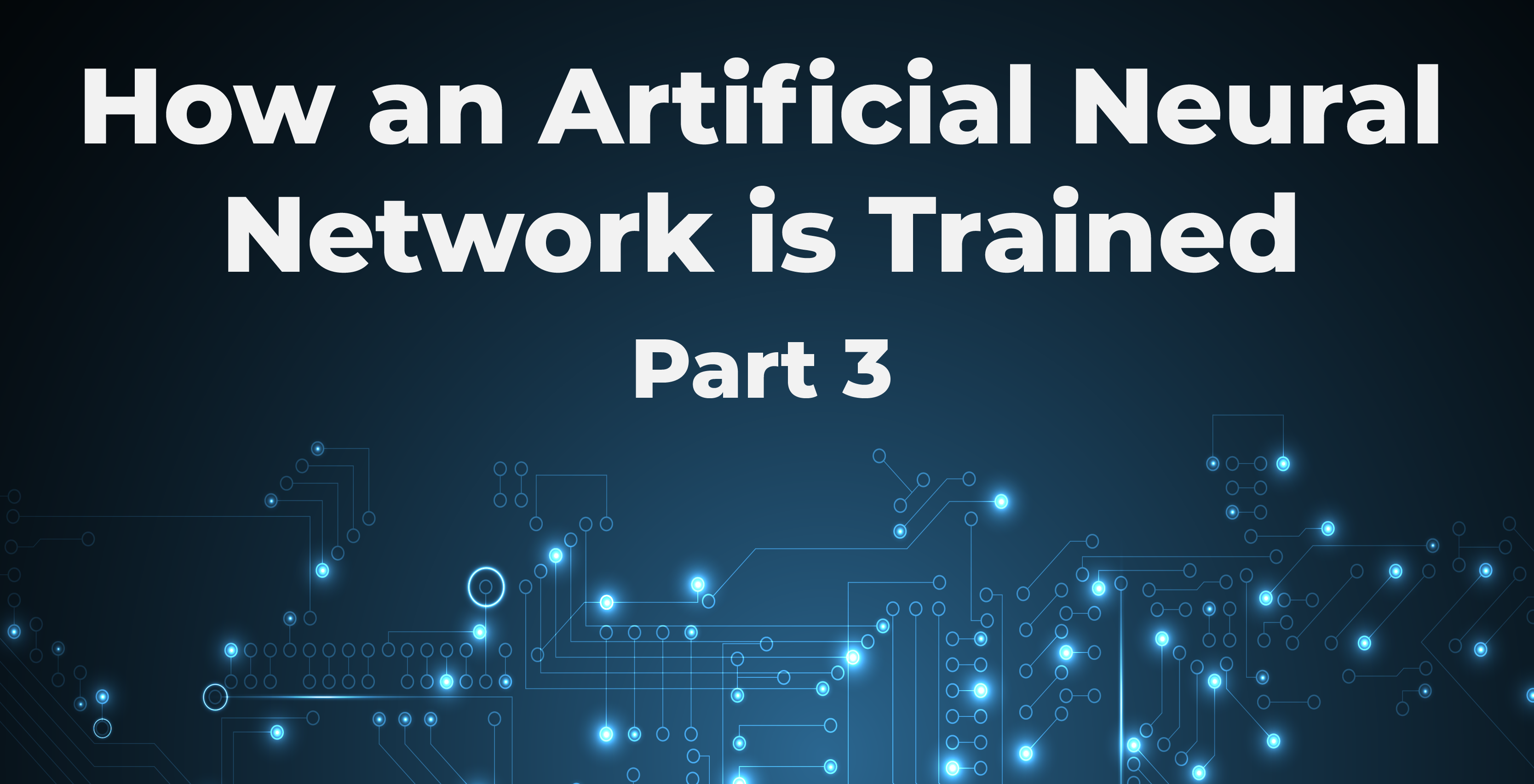 This is Part 3 of a four-part series on training an ANN model. In Part 1 of this series, we explored the data that would be used to train the model. In Part 2, we looked at the training methodology. In Part 3, we will explore the role of the activation function in the model and the role of backpropagation for training the weights.

Activation of the Data

So, what’s happening in these output layer neurons?

The first function implemented in the output layer is the summation of the products of all the feature data and the associated feature weights for each training data sample in each category/class. This is used as input into the activation function.

The activation function helps to separate the important feature data values from the less important feature data values in the training data to learn how to determine the classification of the critters. This is called “activating the data”. The output of the activation function is sent to the next layer. In the critters machine, the output is the final output of the machine.

Let’s start with the summation formula. For each training data set sample, the following summation is performed (e.g. for the Dog neuron in the output layer).

For simplicity, we have highlighted the calculations below that are executed for each training data sample for each possible class.

Where X = sample data, k is the sample number, i is the feature, Wdogi, Wcati and Wsqriare the associated feature weights for the indicated class (dog, cat and squirrel):

Each of the calculations is performed in each of the neurons in the output layer.

This Softmax function is executed on each data sample. Here is an example for a dog, where k = sample number.

This is also calculated for cat and squirrel on each data sample.

Let’s look at what is happening with the final machine output.

For example, if the estimated probability results were the following:

Then the machine assumes that the training data sample is describing a cat. This is the data received from the output layer.

Since this machine is using supervised learning, the training software receiving the output compares the calculated result to the provided correct result and determines if any weight adjustments need to be made.

Don’t forget to connect with Award Solutions on Twitter and LinkedIn. You can also check out Part 1 and 2 of this article at www.awardsolutions.com.